There is a major shortage of affordable housing in Lewisham and Bromley, across London and other parts of the country.

We're committed to help tackle this problem by building new homes. In 2018 we received £60million investment from the Pension Insurance Corporation which enable us to roll out a significant development programme over the coming years.

You can find out more about our completed, current and planned developments below. 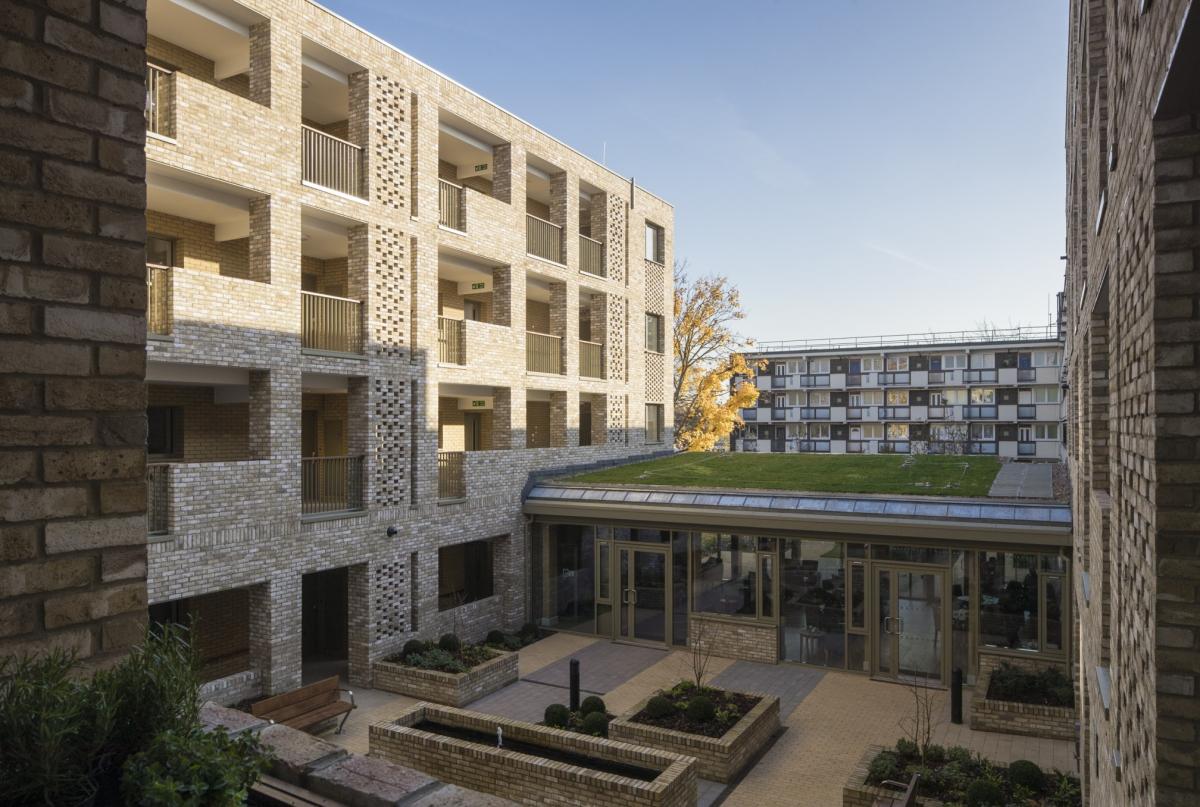 Hazelhurst Court was our first residential development. With funding from the Mayor of London and Lewisham Council, we built 60 one and two-bed extra care homes next to existing properties for older people at Hazelhurst Court.

The new homes are designed to allow older people to live independently in secure and comfortable accommodation, within their communities and established networks of friends, family and neighbours. The first residents moved into their homes in November 2017. Care is provided by Notting Hill Genesis.

The scheme also incorporates communal areas, including a kitchen and dining area, garden room and lounge area and a shared courtyard. 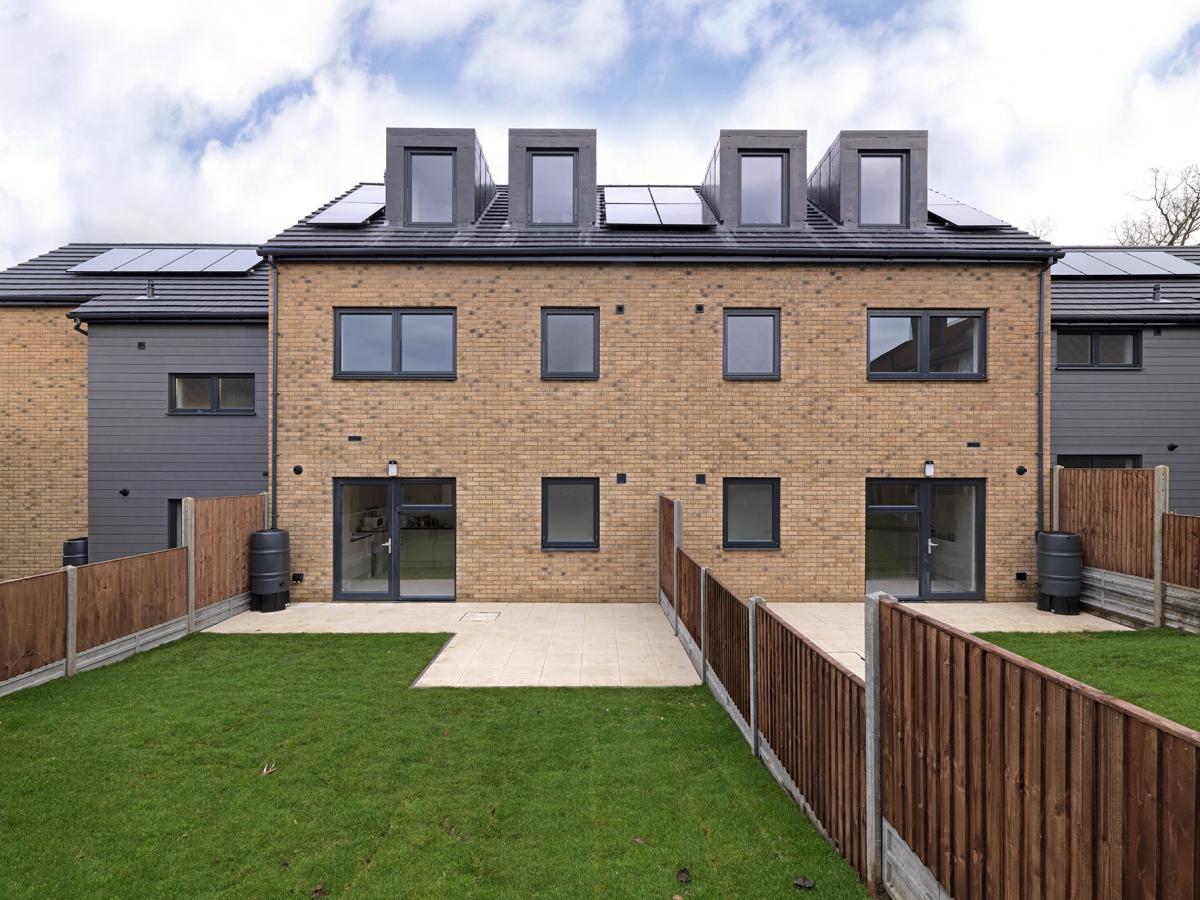 This new four-house development has been built on a grassed area on Woodbank Road, between Bideford Road and Ilfracombe Road. A previous terrace of four homes on the site was demolished in the 1980s.

The first residents began moving into the two and three-bedroom homes in December 2019.

Nuthatch House is a development of 22 new homes on land adjacent to our existing properties at Forster House on Whitefoot Lane. As part of the works, two additional homes will also be available in Forster House. The new homes, which will include two that are entirely wheelchair-accessible, are expected to be ready for new residents from early autumn 2020.

Residents voted to name the new homes after the nuthatch bird which can be found in nearby Forster Memorial Park.

In addition to the new homes, we have been working with existing residents on plans to improve the general environment for the entire Forster House site, including new planting, surfaces and walkways.

The new homes are a mix of 1, 2 and 3-bedroom apartments and situated close to Ravensbourne train station, overlooking the Ravensbourne River and parkland. They became available for shared ownership early in 2019 and every property is now under offer. We received more than 400 expressions of interest for the eight homes! 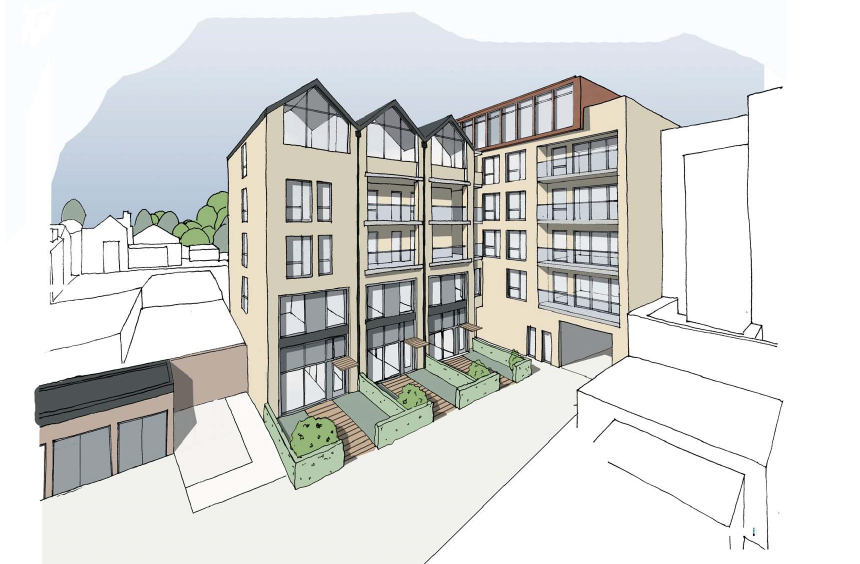 We’re building 45 new one, two and three-bedroom flats in the heart of Catford. All of the new homes will be available for affordable rent.

Built on the old Job Centre site on Rushey Green, the building’s name is a nod to the history of the local area and the old ‘Catford Velodrome’ which stood close to Mountsfield Park from 1895 to 1900.

Demolition works began in early 2020 and construction is due to begin in spring 2020. Our contractor for the project is Elemento.

The new homes are expected to be complete in summer 2021 and the development will also include commercial space on the ground floor.

Works have begun to deliver one three-bedroom ground floor flat,and two two-bedroom duplex homes on Beckenham Hill Road. The new homes, which will be let at affordable rents are due to be ready for new residents in late 2020.

We are reviewing a number of existing developments where there may be potential to create more homes. 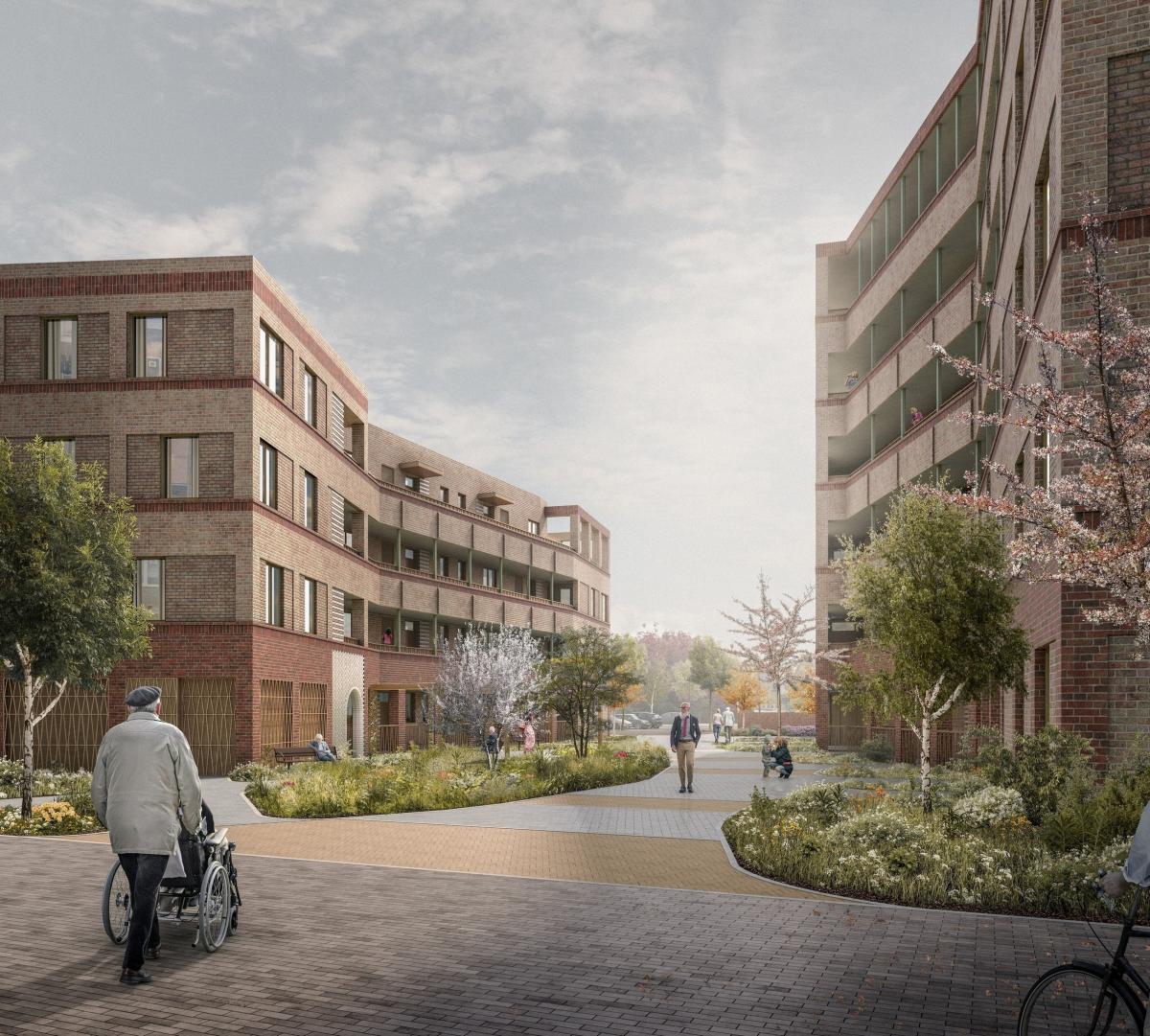 We are considering options for development at 17-32 Melfield Gardens and have consulted with local residents.

Our plans include the construction of 30 new homes, offering a range of one and two bedroom apartments for older people and two apartments which will provide accommodation for post-graduate students. The development works will include landscaping, road improvements, refuse storage and cycle and car parking and will require the demolition of the existing two-story block of bedsits.

We submitted our planning application for the redevelopment of 17-32 Melfield Gardens, SE6 to Lewisham Council in early 2020.

We are considering development opportunities on the site of garages and disused allotments at the rear of Arcus Road and Chingley Close. Redevelopment of the site could create new homes for individuals and families in housing need.

Though our proposals are at an early stage, we have contacted neighbouring residents to provide information about these possible plans so they can be fully involved throughout our consultation process. Access to the site would require demolition of an existing two storey block at 3-10 Chingley Close and we have been advising existing residents on the support available.

As plans progress we will be arranging a number of events for residents to discuss the proposals ahead of a planning application.

Another potential development site is on the land next to the railway line behind numbers 56, 56a, 58 and 60 Farmstead Road. In order to access the site, our proposals would involve the demolition of 56, 56a, 58 and 60 Farmstead Road. Consultation began in 2018 and we met with residents to introduce our proposals and to explain the support available should these homes be demolished.

Again, we will be consulting further with residents before any planning application is made.

We shared our early proposals for the redevelopment of the Ravensbourne Community Centre with residents in 2018. Our proposals would see construction of 21 new homes for affordable rent on the site of existing garages and the community centre. Current proposals include delivery of a new community room and improvements to the Ravensbourne estate.