So why did a resident-led housing association buy a run down, old time, down at heel drinking den?

Why did we spend the best part of a decade working on what seemed an impossible dream?

Why did the National Lottery Heritage Fund agree over £4milion to help us achieve it?

Well we see ourselves as more than just a housing association: we are about community, about people. And that can mean building houses for people to live in, helping our residents live better lives, working together to improve our communities. And it can mean buying a dilapidated old boozer in Bellingham.

Here’s how – and why – that happened.

The story of how a housing association restored a community gem

A thirst for Heroes

The Fellowship Inn was the first ever pub built on a London housing estate, designed as a meeting place for Homes for Heroes – First World War veterans starting to move into new cottage estates to escape inner city overcrowding. A promise made by David Lloyd George to returning World War One veterans.

At the time it caused quite a stir. News of parliamentary debates on the Fellowship Inn made it as far as the US media, with leaders of the temperance movement agonising over the possible collapse of society if working class Londoners were offered ready access to alcohol.

But ultimately the sheer size of the building won the day. It wasn’t a simple two-room boozer. Besides the bar, there was a theatre, event space, even a children’s room. It was somewhere you could take the family, keep the kids entertained. It was a home for heroes.

Swinging into the 60s

Forty years later the Fellowship Inn enjoyed something of a golden age.

It’s the place where Bellingham boy our ‘Enry Cooper used to hone his ‘Ammer, the left hook that nearly knocked out Cassius Clay at Wembley Stadium in 1963 before the world had ever heard of Muhammad Ali!

It started attracting bands: seriously good bands. Fleetwood Mac played there twice in ‘68. We know John Mayall’s Bluesbreakers and the Yardbirds also performed there. It was the hub of community.

But by the 2000’s all that remained at the Fellowship Inn was a simple working bar. The rest of the building had started to fall into ruin, with substantial flood and fire damage.

Out of the ashes

As a resident-led housing association, the people who live in our properties make the decisions that affect the way they live at home and in the community. We listen to what they say. They are the experts.

Our residents have always wanted much more than just new homes. They want somewhere to go, to meet people, to do things, to enjoy events. To help rebuild a community, to return some of what’s been lost in this area of south Lewisham.

After years of negotiations, in 2013 we bought the building off Lewisham Council, and we secured a £4m grant from the Heritage Lottery Fund the following year.

We then carried out a public consultation in our area and 1400 people responded. We wanted our residents – our community – to tell us what the new Fellowship should look and be like. We took what they told us on board and set about further developing our plans. Planning permission was awarded by Lewisham Council in 2016 and work could begin on the community pub – the community hub – our community wanted.

And once again, like almost 100 years ago, this meant the Fellowship re-born would be no ordinary pub. It’s a spacious, homely local but it’s also got a vintage 86-seater cinema. A live music, theatre and comedy venue too. There’s a café where the rat-infested basement used to be and there’s a music hub and rehearsal space on the once flooded top floor.

This is what our community said they wanted and this is what we delivered.

This project also saw three community arts and heritage projects that captured the rich history of the building and the community.

Greenwich and Lewisham Young People’s Theatre (now known as Tramshed) developed a performance piece, which included lantern parades, immersive theatre across the building and a final performance in the large theatre space at the Fellowship Inn.

Nearly 250 children from local schools took part in the lantern making, hundreds and hundreds of people attended a joyous, celebratory parade. 364 people saw the play; 36 performers of all ages were in the cast; 6 professional actors took part.

Stiches In Time created the final tapestry, with many learning to use historical and modern techniques to create a special community tapestry that reflects the history of the building.

The Working Party created an interactive tour of the Fellowship, a short heritage film and a heritage website as part of an oral history project. 150 people volunteered to help make the film; 30 primary school children were given Discover Arts awards; over 100 oral history recordings were taken.

The project will also see dozens of new jobs and apprenticeships over the coming years. This is the people’s pub. They have been involved every step of the way.

On July 5 - a Friday evening - the Fellowship and Star officially opened its doors and people involved, partners and the local community could see the fruits of their considerable labour for the first time.

It was opened by the Mayor of Lewisham Damien Egan and saw the unveiling of a new community tapestry for Bellingham, musical performances and speeches reflecting on the importance of the Fellowship to the area over the past century.

Hundreds of people turned out on the day as what seemed like an impossible dream became a living reality. A ghostly ruin once more a jewel in the community’s crown.

A big thank you to all our partners for helping to bring the Fellowship back to life:

As part of the Fellowship project, we commissioned Goldsmiths University to understake a report into its impact. Listen to their findings here.

A timeline of events

The Fellowship restoration in pictures 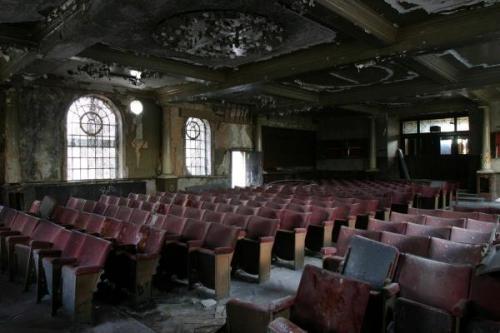 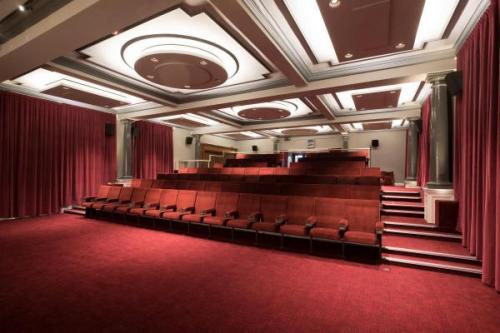 The Upper Hall - before and as it is now. 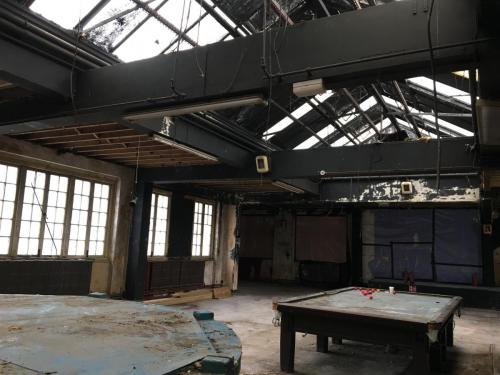 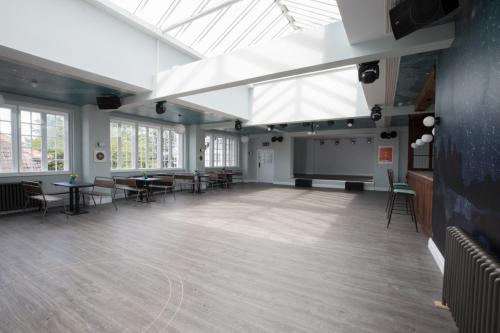 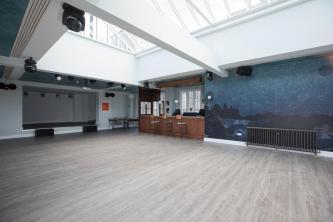 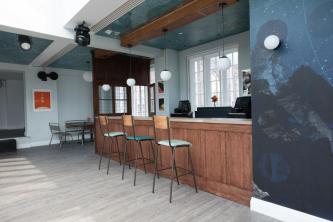 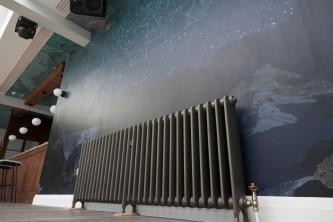 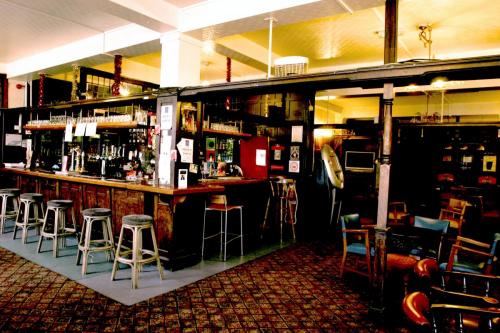 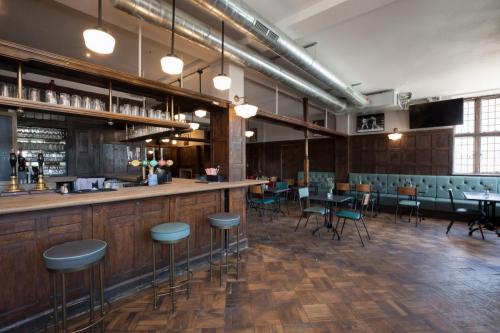 The Fellowship in the media - through the ages 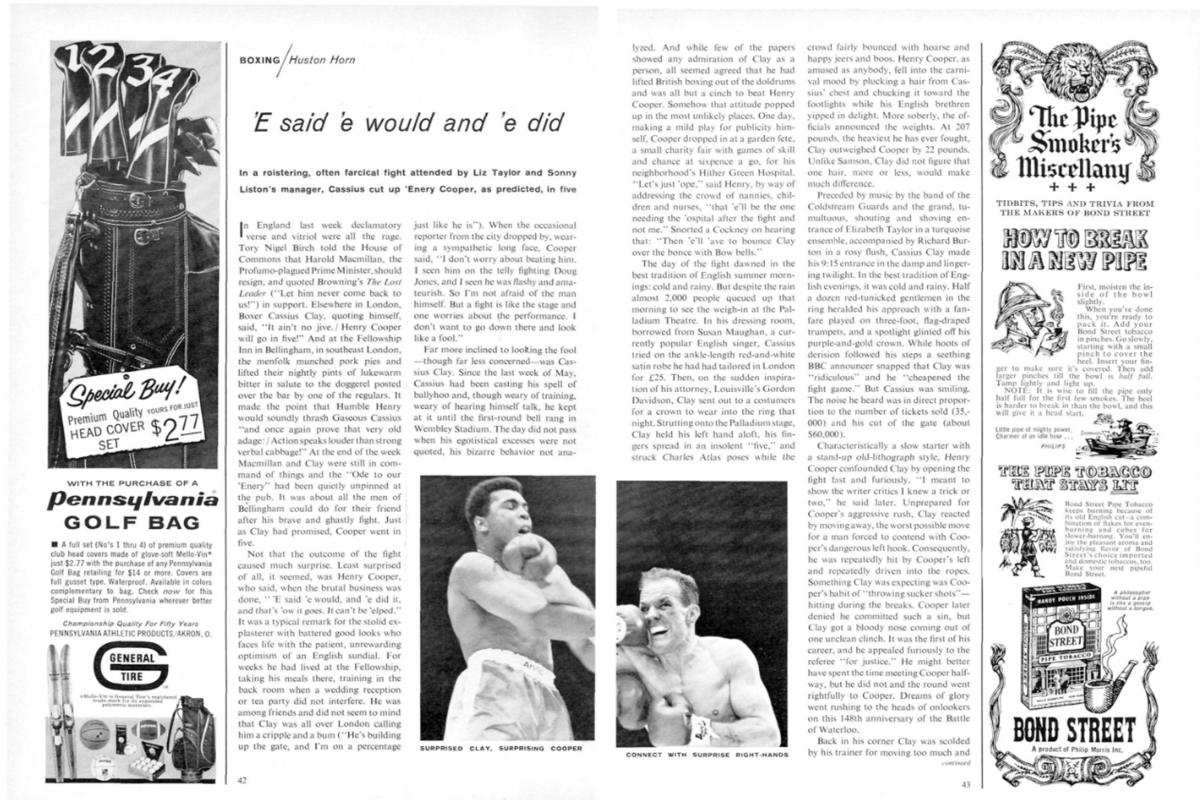 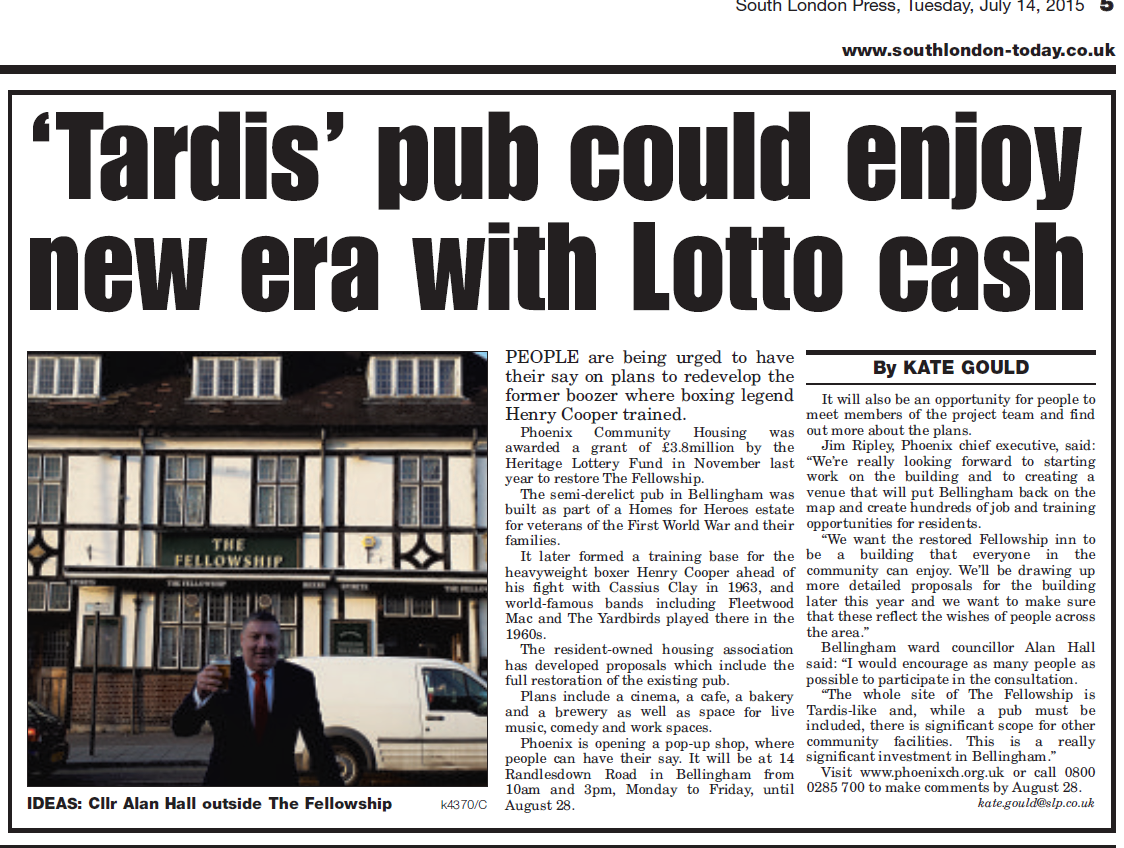 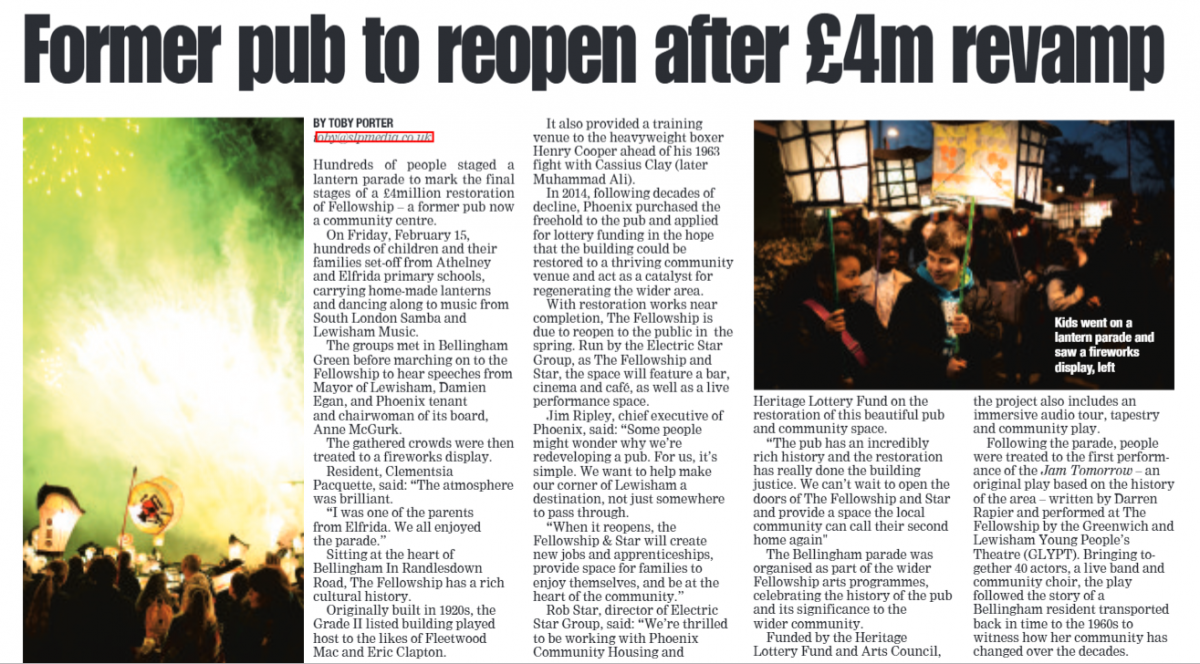 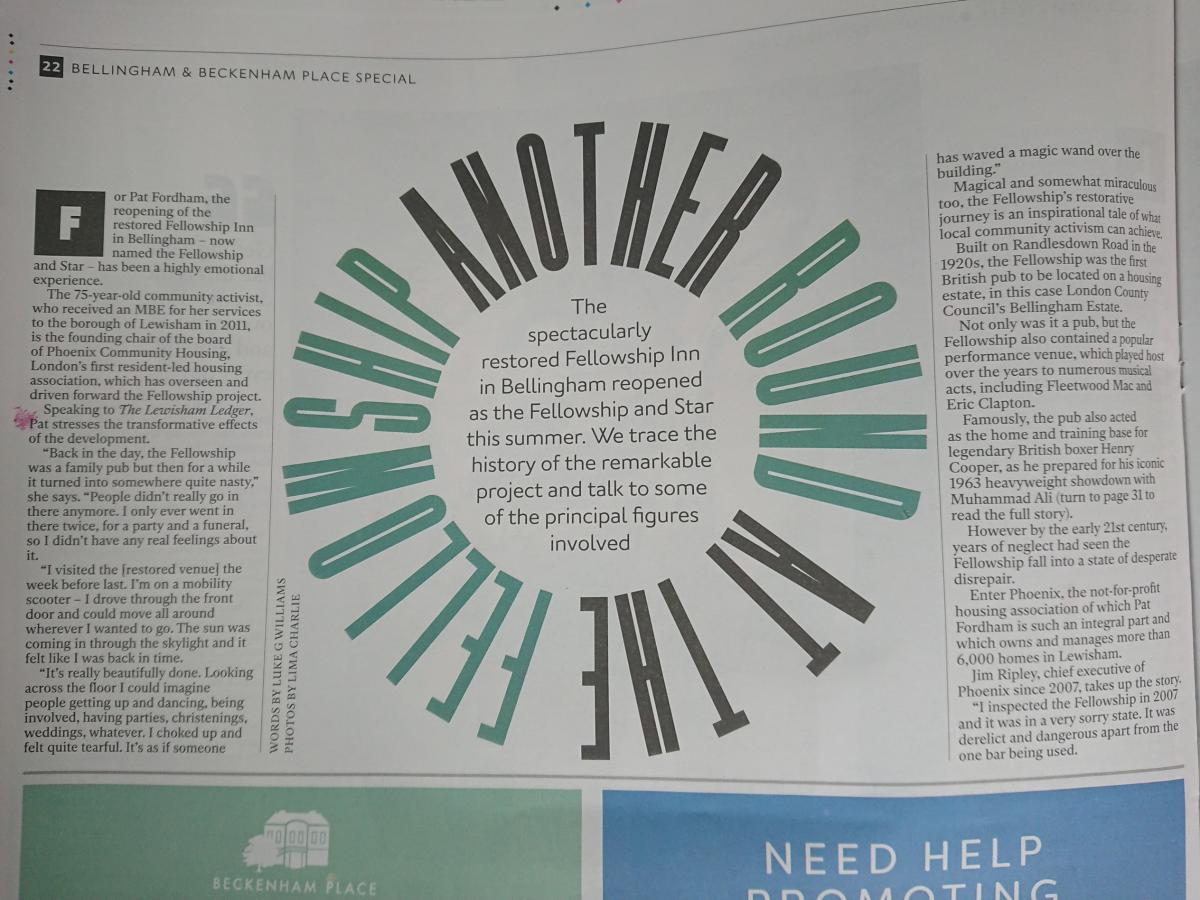