Home » Phoenix Voices » Who we are, not something we do

END_OF_DOCUMENT_TOKEN_TO_BE_REPLACED 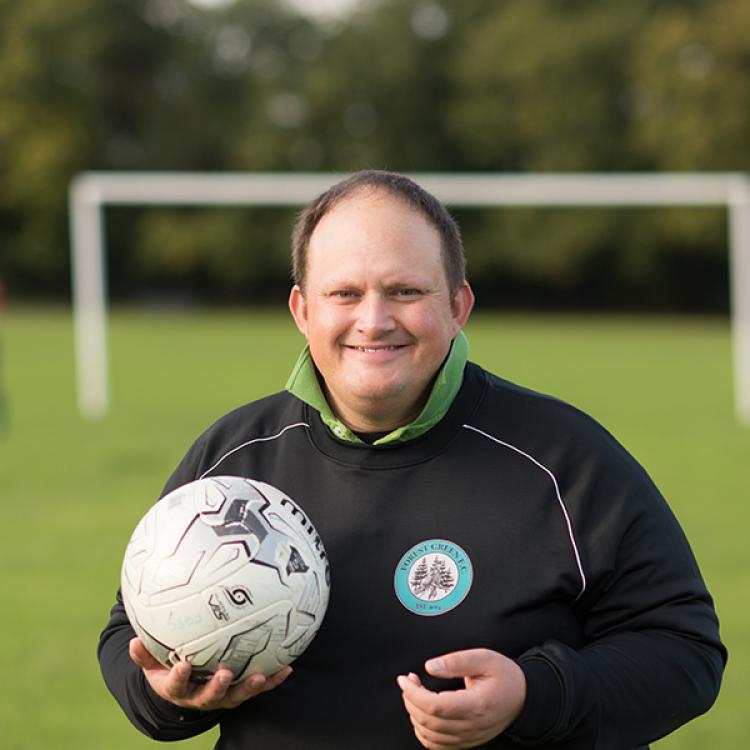 Who we are, not something we do

Simon Barlow moved into a Phoenix home in 2010 and is now a member of our Resident Scrutiny Panel, which monitors Phoenix’s services and performance, making recommendations for improvements.

When he’s not helping Phoenix get the best for its residents, he’s putting young footballers through their paces as a coach for Forest Green Reserves FC.

I’ve lived in Lewisham since April 2003, renting a room in a house share until I had a viewing of a studio apartment managed by Phoenix and decided to take it.

After living here three or four years I wanted to get more involved. I saw the scrutiny panel. It seemed interesting, so I came to a session to observe; I couldn’t help chipping in a few questions.

It’s one of those committees where the word doesn’t really sell it: ‘scrutiny’. Anyone who comes along to see us thinks we’re going to be like the headmaster’s office. We’re not there to catch anyone out, we’re there to ensure that decisions, services and money are being used for the benefit of residents.

Always, the fundamental thing is that we want to have a big impact. We’re trying to develop services, making sure they’re accessible to everyone. I think the whole reason Phoenix exists and is successful is the trust between residents and staff, they get that residents aren’t a hazard.

Some of my motivation to get involved was to meet people. There are a lot of people who’ve got challenges in their lives, who are trying to challenge themselves; people who have been out of work for a long time who are made to feel like their life is just to claim benefit, but they’re not living up to that stereotype.

There’s no rule that says you have to get involved, but there’s so much variety. Whether it’s getting involved in communications, whether it’s doing what I do, or volunteering at an event. We all want to live in a nice area. There’s been a lot of investment but now it’s about the community. What does the community need going forward?

There are so many different ways that Phoenix is affecting lives. It is your landlord, but it can have an impact on how happy you are, how involved you are and how your community looks and feels.